Dr Malik sees John, now 99 years old, after he recovered from his successful TAVI procedure as featured on #hospital.
John was the star of the BBC2 documentary #hospital. He is Imperial College Healthcare NHS Trust’s oldest TAVI patient – he is now 99 now. Dr Malik, Angela Frame (the Clinical Nurse Specialist for TAVI) and Dr Fertleman were part of the team that assessed him and performed the procedure. It was great to see him with his family in outpatients 1 month later, with his breathing much improved, and having recovered from a stroke.
A true survivor! 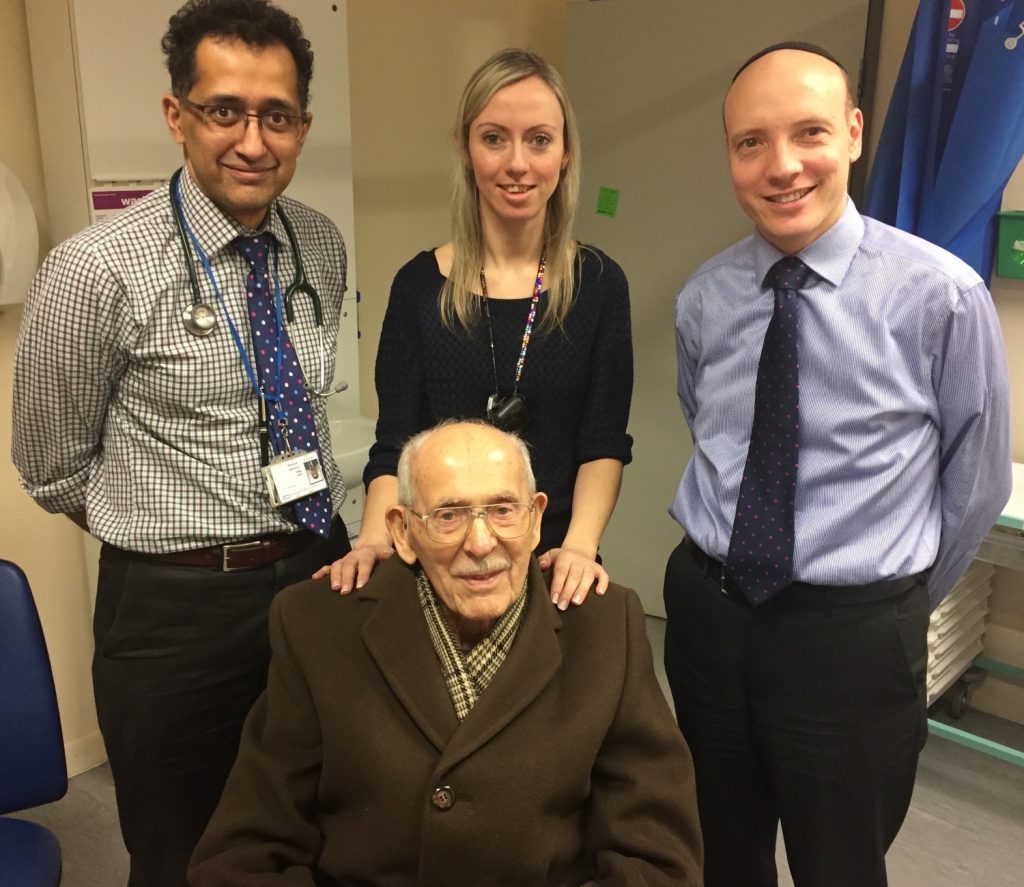