However, this was a study in mice that were genetically prone to DM. They had 4 days severe dieting (perhaps an equivalent of 1000 calories, but mainly as fat, not carbohydrate or protein), and then a normal diet for 3 days. This was repeated.
Beta-cells in the pancreas make insulin. It seems that periodic starvation could get their beta-cells (which were withered away), to reactivate or regenerate.  In non diabetic mice, they found a drop in beta-cells activity in the diet, which could of course be alarming, but a recovery within 24-48 hours, and a better gene activation pattern. So the beta cells could be “tuned-up”.

Weight Loss is good for you

Weight loss is known to be important in treating type 2 DM in humans. Calorie control is vital in prevention and treatment. Bariatric surgery is now also a validated treatment for severe diabetes. So is pancreas transplantation. This study suggests that you might be able to “auto-transplant” a better pancreas into yourself by dieting.
DONT try this diet at home without medical advice. High fat diets also have risks. Losing weight gradually is a good idea. Long periods of starvation (as in famines and world wars) have been known to increase the lifespan of survivors, but how to apply that in daily life in the world today has not been fully worked out.
Mouse research can take a decade to get to a human equivalent. 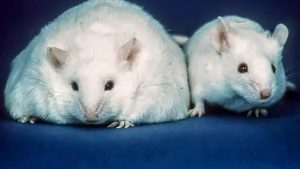