What is a PFO?

A PFO is a remnant of the fetal circulation which closes at birth. A connection between the Left and Right collecting chambers, it’s purpose is to provide a bypass for the lungs as they are not used in the womb.

About 25% of the general population have a PFO. Closure of PFO is indicated in certain situations and can be carried out using catheters and small “umbrella-like” devices. These attain >95% chance of successful closure.

Do I need PFO closure?

The governments NICE guidelines publish recommendations for doctors regarding who should have a PFO closed. It is common to consider closure of PFO in:

Dr Malik is an active researcher in this field. We also have links with the London Diving Chamber. 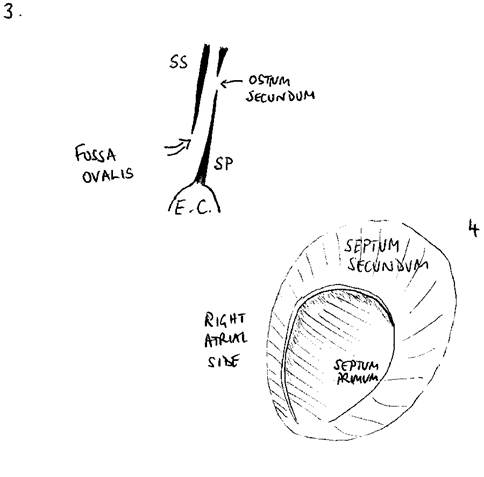 Diagram of the PFO flap in cross-section and from the right side.

On the day you will be given either a general or local anaesthetic. A pipe is passed from a needle puncture in the leg to the heart. The operation is guided by X-rays from the outside, and by ultrasound pictures from a probe in your throat or your leg.  This guides a wire which is passed across the hole in the heart. A stiff tube is passed over the wire and an umbrella device is placed across the hole through this pipe.  The pipes are taken out and the hole in the leg (where the pipes have been) is pressed on to stop the bleeding.

Your blood is thinned during the procedure. Therefore there can be bleeding problems from the leg and also internally. Sometimes blood leaks into the bag surrounding the heart and a further procedure is needed to help release it. Very rarely emergency surgery is required. The complications include rhythm problems (this usually settles with medication), device detachment (if the umbrella moves, then it has to be recaptured or removed by  surgery)  and stroke (if a small clot form on the device or any of the pipes and moves to the brain).

The complication rate is about 2% after the procedure. Death is very rare.