The evidence base for PFO closure gets stronger.

Dr Malik says: 2 more trials support closing a patent foramen ovale (PFO) to reduce the recurrence of cryptogenic stroke. Cryptogenic stroke is stroke for no obvious reason. A PFO is a flap in the heart, needed in the womb, and still able to open in 1/4 of all people.

Only in people who have already had a stroke do we look for a PFO. If we find one, then closing it with a small day case procedure is beneficial.

The NHS has currently blocked the use of this procedure – this is an issue that I have highlighted repeatedly.

The CLOSE and Gore-REDUCE trials reported a reduction in the rate of recurrent stroke in patients who had undergone PFO closure as compared to those who had not.

In the CLOSE trial, 663 patients were randomly assigned to either PFO closure, oral anticoagulant therapy or antiplatelet therapy. The absolute risk reduction for recurrent stroke was 4.9% in the patients undergoing PFO closure at a mean of 5 years follow up.

In the Gore-REDUCE trial, 664 subjects were randomised in a 2:1 ratio to either PFO closure or to antiplatelet therapy alone. The relative risk reduction for recurrent stroke was 76.6% (p=0.001) in patients that underwent PFO closure at a mean of 3.4 years follow up. Brain imaging showed new brain infarct was present in 5.7 percent of test arm subjects and 11.3 percent of control arm subjects, yielding a 49.6 percent (p = 0.024)

So, if you are under 60, did not have standard risk factors for stroke (smoking, blood pressure, diabetes, atrial fibrillation etc) and you had a stroke, then you should probably be tested for a PFO. If found, you might well benefit from PFO closure.

It is an invasive procedure, with a small risk, so you need to chat to your cardiologist about it. 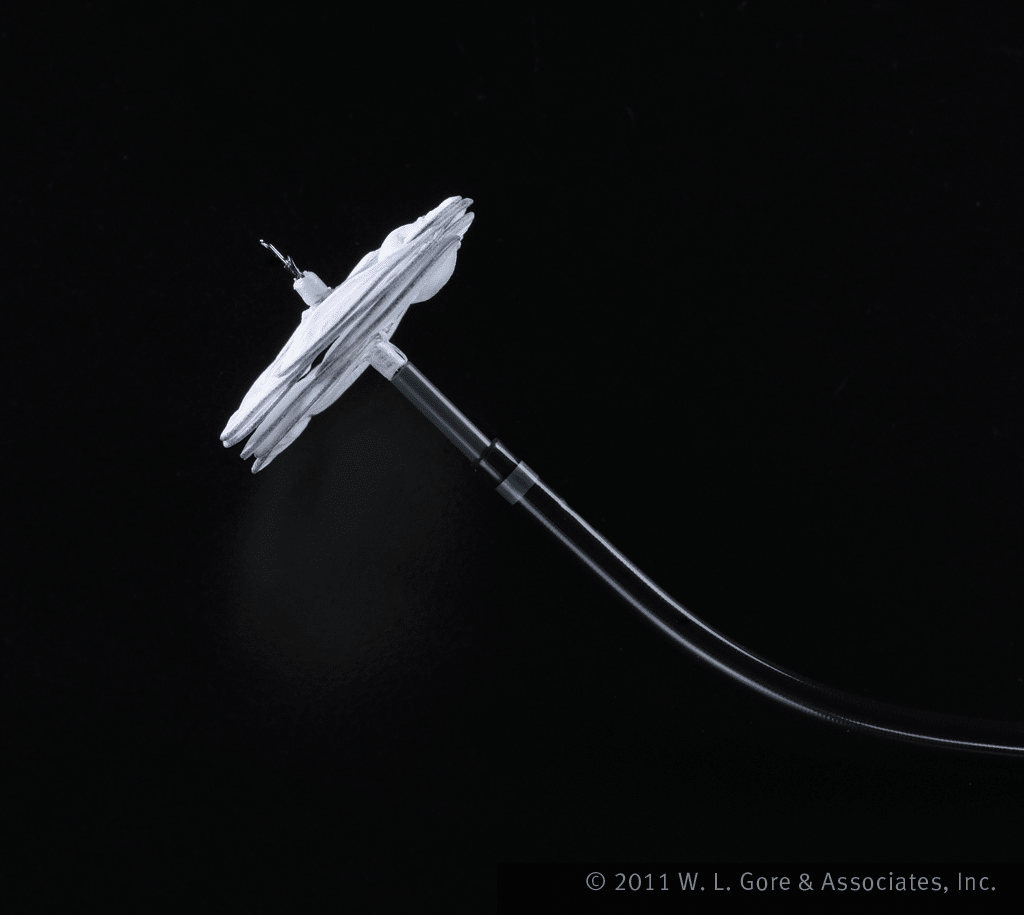 A PFO is a small flap in the heart present in 1/4 of the whole population. It is present in 50% of young strokes that...

Dr Malik does the UK’s 1st PFO closure with the new delivery system from Occlutech: “The Pistol Pusher” PFO closure is done to reduce the...

Dr Malik beamed “Live from Hammersmith Hospital” to CSI Dubai, an international structural heart meeting. Two fascinating cases were done. He said: “It was an privilege...